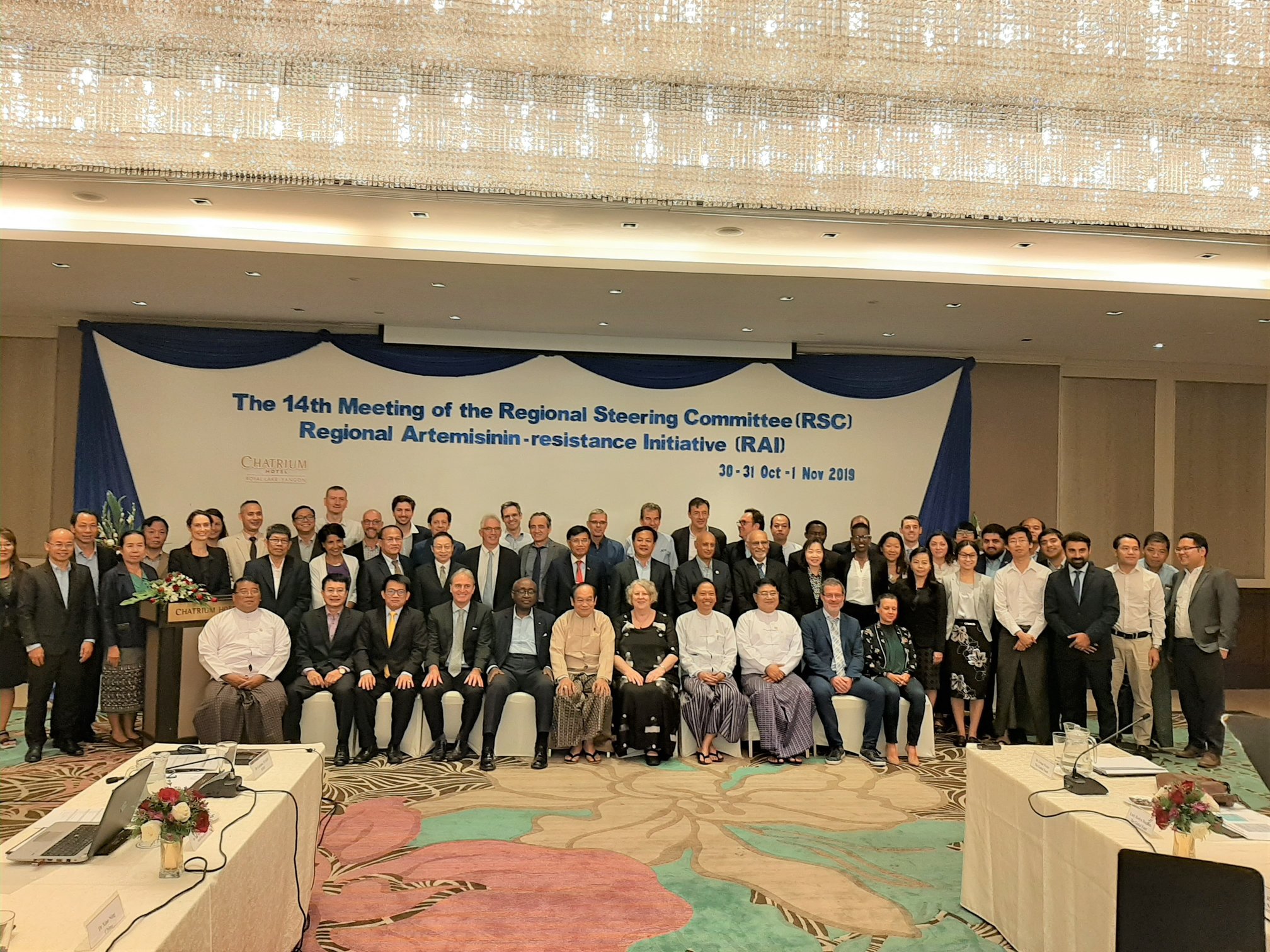 The 14th meeting of the Regional Steering Committee of the Regional Arteminisin-resistance Initiative (RAI) was held in Chatrium Hotel, Yangon on 31st October and 1st November 2019.

His Excellency the Minister of Health and Sports Dr Myint Htwe gave the opening remarks and participated in the meeting together with Permanent Secretaries Professor Dr Thet Khaing Win and Dr That Tun Kyaw.

The meeting was attended by the Chair and Vice Chair of the Global Fund Board, Dr Donald Kaberuka and Lady Roslyn Morauta, high level officials from the five RAI Countries Thailand, Laos, Myanmar, Cambodia and Vietnam as well from the Global Fund to fight AIDS, TB and Malaria, WHO, USAID, Bill and Melinda Gates Foundation, France and a number of other donors, regional and global organisations, civil society, the private sector and other stakeholders.

His Excellency particularly emphasized the importance of cross-border collaboration and synchronised coordination. The Minister also stressed the importance of increasing the capacity of staff to use and analyse quality malaria data in order to build effective innovative solutions and strengthen malaria control to reach elimination of malaria in the region.

The malaria surveillance data, implementation results, successes and bottlenecks of the RAI2-Elimination (RAI2E) in the five countries and across the region were presented and discussed. In addition, the high level strategic directions of the next RAI grant (2021-2023) application was debated and a way forward was plotted.

The RAI2E is the second and current phase of the RAI. It is a $ 243 million regional programme to accelerate elimination of P. falciparum malaria in the Greater Mekong Subregion (GMS) over a three-year period (2018-2020). The RAI2E supports increased malaria service coverage for remote populations in border areas and other at-risk populations, as well as case management through health volunteers and strengthening of national surveillance systems.

Growing resistance to artemisinins (and its partner drugs) in the Greater Mekong Subregion represents an immediate and serious threat to malaria control and elimination efforts. Recognizing the need for an accelerated and well-coordinated regional approach to this emergency and following the lead of other partner efforts in the region (including the Emergency Response to Artemisinin Resistance framework developed by WHO), the Global Fund allocated in 2013 $115-million for the Regional Arteminisin-resistance Initiative (RAI) for the period 2014-2017, to cover 5 GMS countries.